The first contact of babies with classical music in a very special way, combining the musical experience with visual effects, lights and objects specially designed to arouse curiosity, and stimulate the senses of babies.

”Children will find a space to express themselves and sharing emotions by contacting these elements.
Sound, light, movement, shapes and textures intermingle in a complete show, which will transport babies along with their parents to a fantastic World. A Story told like never before! 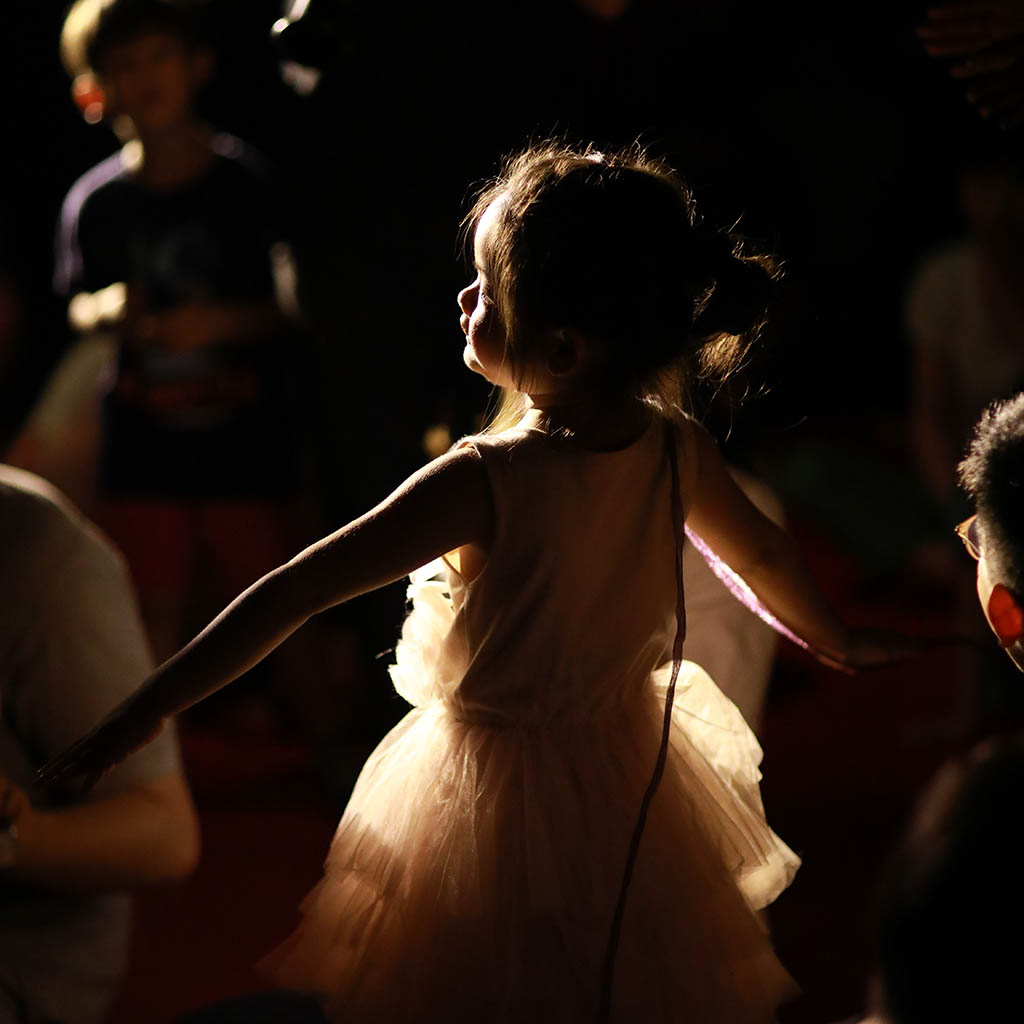 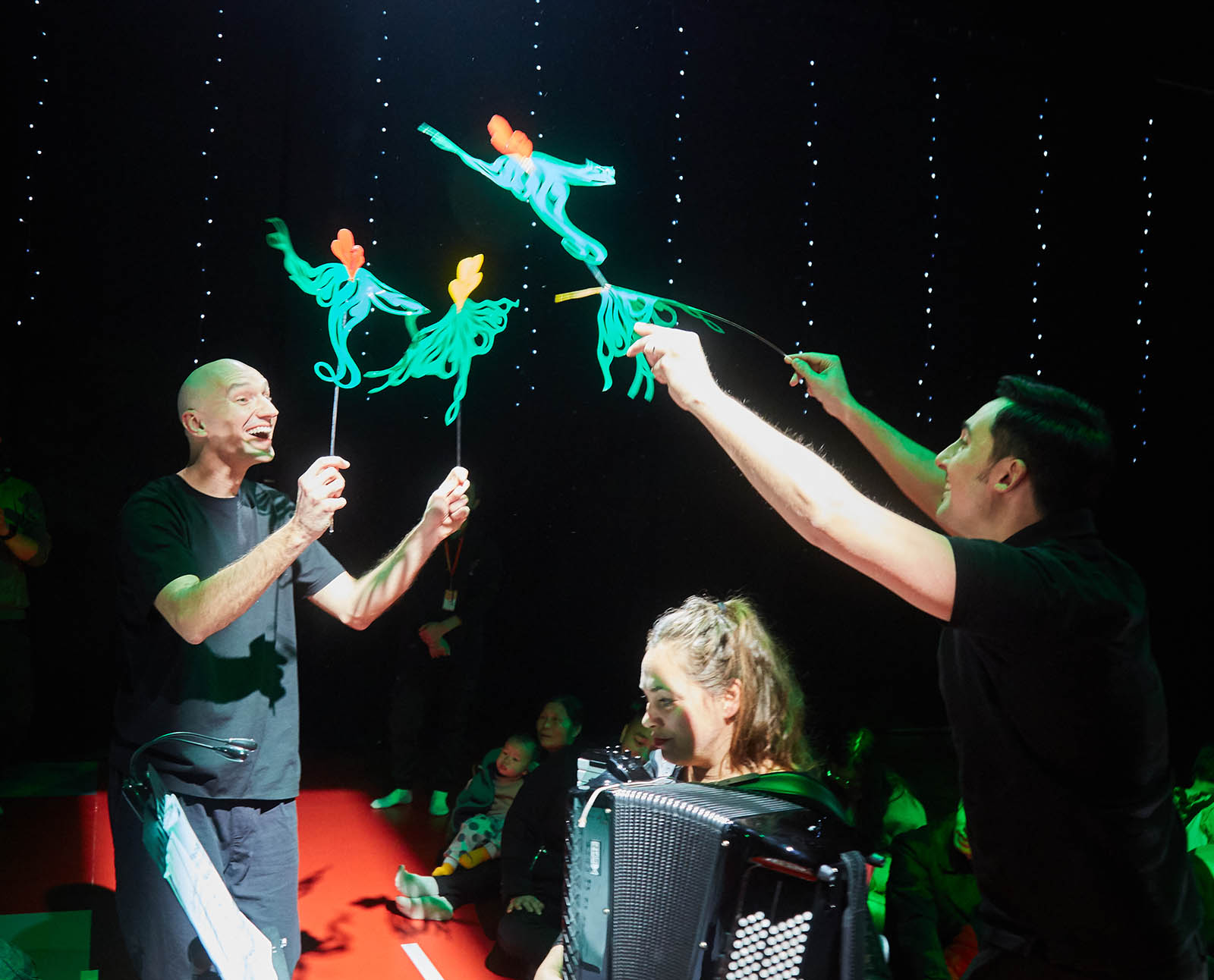 Unlike a regular classical music concert, the children find within these concerts an environment where they can give free rein to the imagination, participate and express themselves.

Our musicians are expert pedagogues and regular collaborators with the most prestigious orchestras in Europe such as Amsterdam Concertgebow, Deutsche Oper Berlin, or Konzerthausorchester Berlin.

Sound of the Star 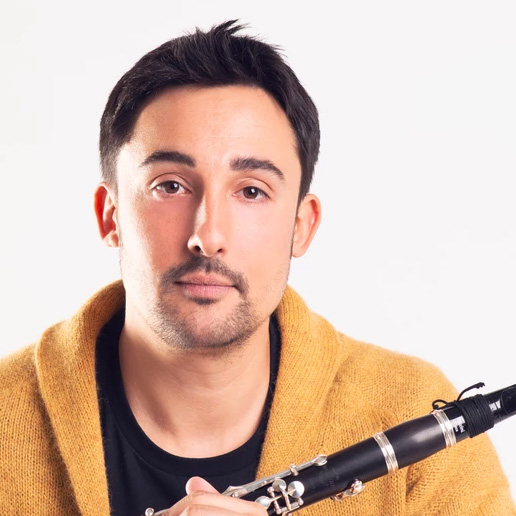 Through all his different musical activities, clarinetist Hugo Rodríguez seeks the opportunity to communicate above all else, both in performance and in teaching.

Hugo began studying the clarinet at age 8 at the Joaquin Turina conservatoire in his native city of Madrid, while also learning the “Banda” tradition as part of “La Lira” in Pozuelo de Alarcón. He obtained a a diploma in clarinet from the Salamanca Conservatoire while beginning his orchestral training with JORCAM (the Youth Orchestra of Madrid) and studying music pedagogy at the Universidad Autónoma de Madrid.

From 2007-2011 he pursued further studies in Weimar, Germany, with the clarinetist Martin Spangenberg, while continuing his orchestral training with the Junge Deutsche Philharmonie (of which he was a member for 6 years) and as a substitute with the Jenaer Philharmoniker.

Since then he has continued to be an active orchestral clarinetist, being part of the Konzerthausorchester Berlin Academy for two years (his first professional position performing on the German clarinet system), followed by contracts and collaborations with multiple different orchestras, including the Kammerakademie Potsdam, Deutsche Oper Berlin, the Konzerthausorchester Berlin, the Vogtland Philharmonic, the Kammerphil. Bremen and the Berliner Symphoniker, as well as orchestras in France and Spain.

However, his greatest passion is for chamber music, where he finds it possible to experience the strongest connections between music, performers and audience. He began to discover this passion thanks to a scholarship from the Villa-Musica Rheinland Pfalz Foundation, which enabled him to share a stage with multiple different instrumentalists and international soloists over a four-year period. These experiences provided the motivation to found chamber ensembles such as the 5Beaufort wind quintet or the Ad Hoc Trio for clarinet, violin and piano.

He has also performed numerous concerts supported by a scholarship from the Yehudi Menuhin Live-music-now Foundation, whose task is to bring chamber music closer to places such as schools, nursing homes and hospitals.

Hugo has a particular interest in contemporary music, and the stimulus that arises from seeking out new musical languages and innovative forms of expression and technique. As a member of the Ibero-American Weimar Ensemble, and as a regular guest with multiple different contemporary music ensembles in Germany, he has performed at some of the most prominent festivals in the country, including Acht Brücken (Cologne), Märzmusik (Berlin), Impuls (Dessau), Unerhörte Musik (Berlin), Via Nova (Weimar), and Ultraschall (Berlin).

Alongside performance, much of his time is dedicated to educational projects, teaching clarinet at the Shostakovich Conservatoire of Lichtenberg (Berlin), and teaching masterclasses and with youth ensembles and festivals in countries including Spain, Germany, Russia, Lebanon, China, India, and Peru 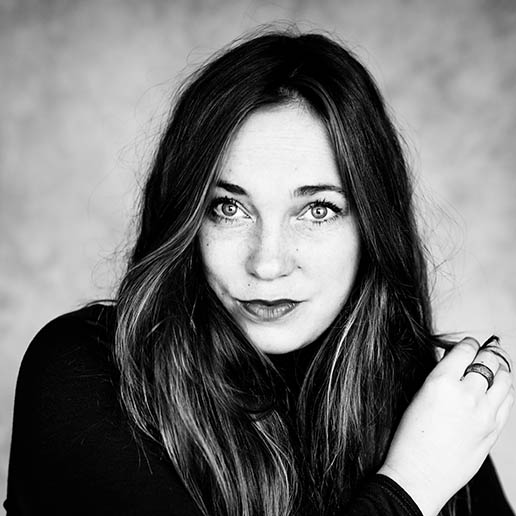 Franka Herwig, born in Berlin in 1984, studies accordion under Margit Kern, Gerhard Scherer and Max Bonnay , she received her diploma as a concert musician.

Franka Herwig, born in Berlin in 1984, studies accordion under Margit Kern, Gerhard Scherer and Max Bonnay , she received her diploma as a concert musician.
She was awarded first prize Bundeswettbewerb Jugend musiziert and got the scholarship of Studienstiftung des deutschen Volkes. As well she was awarded 2018 second prize in the international competition for composition Adelboden/ Switzerland.
As a soloist and chamber musician Franka Herwig tours all over the world and plays in most European countries as well as the USA, China and South Korea.
Since 2014 Franka Herwig is regularly playing with Camerata Royal Concertgebouw Orchestra.
As well she is a resident member of Ensemble Mini since 2010 under leading of Joolz Gale and since 2017 of Alma Mahler Kammerorchester.
She plays with various modern music ensembles, so as Ensemble Mosaik, Ensemble Resonaz, Ensemblekollektiv, and as a guest with orchestras like Berliner Sinfonieorchester, Junge Münchner Philharmonie and Norddeutsche Philharmonie Rostock, Deutsches Sinfonie Orchester.
She was guest in London Ear Festival London, Counterflows Festival in Glasgow, Klangwerkstatt Berlin, Ultraschall Festival Berlin, Daegu International Contemporary Music Festival in South Korea, so in Contemporary Arts Festival Budapest, Grachtenfestival Amsterdam, Festival Musica-Musika Bilbao, Spain, Platonov Arts Festival Russland etc. She was resident artist in the Centre of Contemporary Arts in Glasgow, Scotland.
Furthermore she is playing as a stage musician in theatre so as Junge Deutsche Oper Berlin, Malanhua Childrens Theatre Shanghai,China, Staatstheater Würzburg, Hebbel am Ufer Berlin, Opera Lab Berlin.
Contemporary music represents main focus of her repertory. She works together with composers and has performed the premieres of numerous compositions. Much of this work was documented by live recordings of radio broadcasts or on CD. 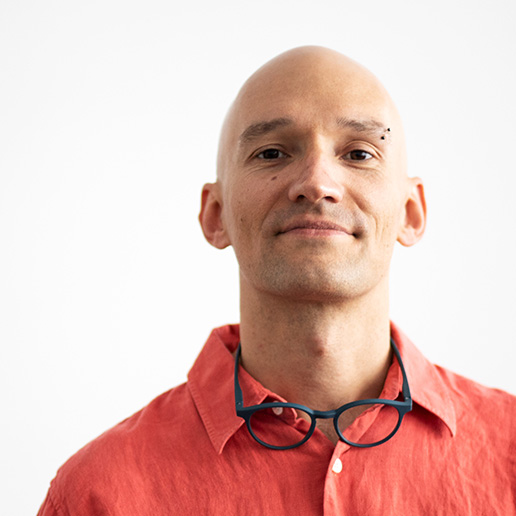 Alessandro is an artist and designer who loves to bring his poetic approach to every narrative and audiovisual interaction or performance he produces.

Alessandro is an artist and designer who loves to bring his poetic approach to every narrative and audiovisual interaction or performance he produces. His interest in the role of analog in digital culture lead him to explore the world of handmade paper-craft and stop-motion animation and to share this knowledge with younger generations through workshops given in kindergartens, schools and media festivals.
Alessandro has recently expanded his activity collaborating with musicians, composers, theater stages and actors, co-producing theater plays and concerts for babies and teens, for which he curated the artistic direction.

Any cookies that may not be particularly necessary for the website to function and is used specifically to collect user personal data via analytics, ads, other embedded contents are termed as non-necessary cookies. It is mandatory to procure user consent prior to running these cookies on your website.